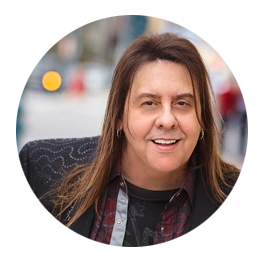 Chuck Duran is the Owner and Head Producer/Director at World Digital Studios and Demos That Rock in Los Angeles, California.

He has produced and directed thousands of commercials for companies such as Nike, Chevrolet and Budweiser, just to name a few.

You can see him perform all over the world as lead guitarist and co-founder of mash-up band sensation, Rock Sugar, and if you don’t have plane fare, can you go on YouTube and be one of the millions who watch and listen to Rock Sugar everyday. Check it out HERE!

Chuck was also the singer on the hit Disney XD sitcom, “I’m In The Band” Listen to some of the songs HERE!

Chuck Duran is truly gifted and recognized as LA’s most sought-after voiceover producer and director.

Why do so many of his clients credit him with helping them land top agents and build successful voiceover careers? Because It’s True!

Sign up to our newsletter and be the first to get updates on exclusive content, advice, news and giveaways. Past giveaways include: coaching, studio gear and agent representation.
We use cookies on our website to give you the most relevant experience by remembering your preferences and repeat visits. By clicking “Accept”, you consent to the use of ALL the cookies. Otherwise, please choose which cookies you will allow.
Cookie SettingsAccept
Manage consent

This website uses cookies to improve your experience while you navigate through the website. Out of these, the cookies that are categorized as necessary are stored on your browser as they are essential for the working of basic functionalities of the website. We also use third-party cookies that help us analyze and understand how you use this website. These cookies will be stored in your browser only with your consent. You also have the option to opt-out of these cookies. But opting out of some of these cookies may affect your browsing experience.
Necessary Always Enabled
Necessary cookies are absolutely essential for the website to function properly. These cookies ensure basic functionalities and security features of the website, anonymously.
Functional
Functional cookies help to perform certain functionalities like sharing the content of the website on social media platforms, collect feedbacks, and other third-party features.
Performance
Performance cookies are used to understand and analyze the key performance indexes of the website which helps in delivering a better user experience for the visitors.
Analytics
Analytical cookies are used to understand how visitors interact with the website. These cookies help provide information on metrics the number of visitors, bounce rate, traffic source, etc.
Advertisement
Advertisement cookies are used to provide visitors with relevant ads and marketing campaigns. These cookies track visitors across websites and collect information to provide customized ads.
Others
Other uncategorized cookies are those that are being analyzed and have not been classified into a category as yet.
SAVE & ACCEPT
Powered by